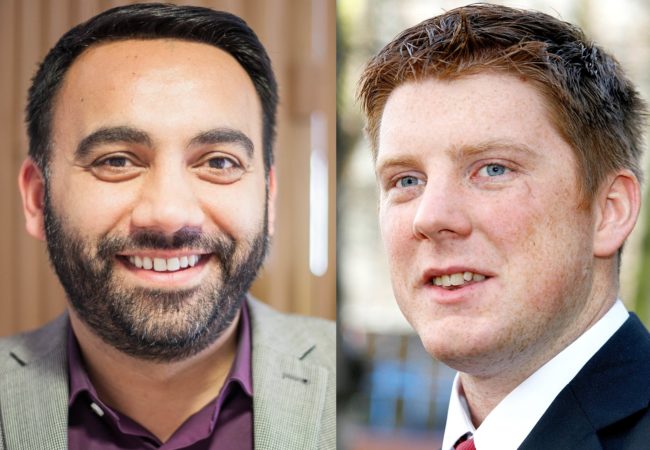 Dr Tom Williamson and Professor Gurpreet Jagpal have been appointed as Honorary Fellows of Enterprise Educators UK. Honorary Fellowships are awarded by the Board to former directors who have made significant contributions to EEUK through being part of the Executive.

Dr Williamson (pictured right) was one of EEUK’s longest serving board members, spending seven years on the board in total including being Vice-Chair in 2012/13 followed by Chair in 2013/14. He was also IEEC conference Chair in Sheffield in 2013. Tom enjoyed working with EEUK members during a period of membership growth as well as with key strategic partners such as the APPG Micro-Business, Start-Up Loans Company, Small Business Charter, UnLTD and ISBE.

During his time as Chair Tom had a particular focus on strengthening the strategic direction and sustainability of EEUK so the organisation was well placed to develop future opportunities. Tom also acted as Chair of the judging panel for the National Enterprise Educator Awards and helped to shape and act as an assessor for the Richard Beresford Bursary scheme.

Tom, who is now Head of School for the School of Economics, Finance and Accounting at Coventry University, said; “I am honoured to have been awarded the Honorary Fellowship of EEUK. After serving for seven years on the Board of Directors I have experience first-hand how important EEUK is to its members and how this has resulted in the sustained growth in terms of size, scale and influence of the organisation over that time. As an Honorary Fellow I hope to be able to continue contributing to this wonderful organisation and the community it serves at a time when it is needed more than ever”.

Professor Jagpal joined the EEUK board in 2015 becoming Chair a year later and acting as IEEC conference Chair in Liverpool in 2017. Later that year Gups led an EEUK / British Council delegation to Japan. Representatives from EEUK members participated in this visit which followed an earlier Sino/British Education forum in Tianjin and acted as a key catalyst for EEUK to really begin to internationalise and to start to develop the early concepts for a new international initiative, EEGlobal.

Gups also brought to fruition one of the Board’s long term ambitions – to find a suitable Patron to enable EEUK to increase its profile and impact in the policy field. Gups introduced EEUK to Lord Bilimoria and worked with him over several months to persuade him to become EEUK’s inaugural Patron.

Gups, who is now Professor and Director of the Aldridge Institute for Enterprise and Entrepreneurship, said; “I am absolutely delighted to have been awarded this Honorary Fellowship and would like to thank the EEUK board and EEUK members for the opportunity to be part of and to have led such a great network. Recognition for the work we all do is important and the EEUK’s Fellowship scheme provides a unique opportunity to demonstrate the impact of that work”.