Our man in Havana 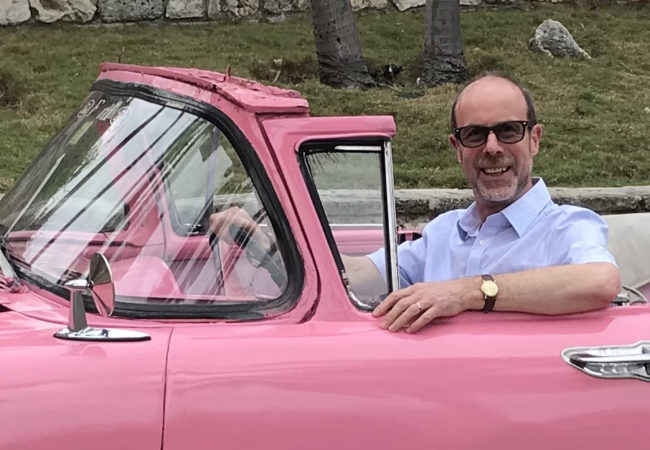 Leo and David are pioneers; they have created the first Incubator in Cuba (InCUBA) at the University of Havana. Their visit to UCL is best described in their own words.

‘It felt like innovation & enterprise could be breathed in, so many projects, people, charisma itself’ (Leandro Benitez Rodriguez).’

Leo and David are economics graduates from the University of Havana they have established an entrepreneurial incubator within a socialist state. No mean feat! They are two years into their journey.

Resilience, determination, mixed with a little good fortune eventually paid off as their university allowed them to set up this experimental incubator. In Cuba you have to convince ‘higher authorities’ to gain permissions for radical projects like this.

The guys randomly sent emails to London incubators when they were granted permission to proceed. The British Embassy in London sponsored their initiative, but it had to happen fast.

Our EEUK resources set them thinking. In February, I accepted an invitation to deliver a workshop in Havana to try to scope out the next steps. My visit started with a talk to senior leaders and eminent University academics, they appeared keen, but confused.

How do you explain to a senior professor the merits of a university spin-out when they have neither banks which lend money to individuals nor any legal business entity in an anti-capitalist regime? It’s a metaphorical journey littered with minefields.

The three day workshop exposed glimmers of light, slight gaps, miniscule grey spaces for enterprise to emerge where Leo and David with their band of warriors might, just might, make some progress remaining within but only just within the central planned system.

Enterprise in one man’s eyes may well be the anathema to an anti-capitalist system but talk to me about how to improve the lot of my fellow citizens through social good causes awakens a complementary cause. There is a lot to do with our choice of language. Do we not also have this semantic dichotomy in the UK?

Cuba is a strange but fascinating country. Embargoed by the West for decades, they exist in relative isolation. Stuck in a time-warp; cars from the 1950’s; resplendent buildings left to decay, an almost complete lack of shops, the obvious signs of Western free enterprise. Premium seafront locations without the trappings of the seaside paraphernalia and yet it is on the cusp of change; I witnessed a younger internet savvy generation, they are waking to the smell the coffee, seeing the trappings of the outside world and they are hungry. We should watch out!

EEUK Director and Director for Enterprise at UCL