Why do we do what we do? 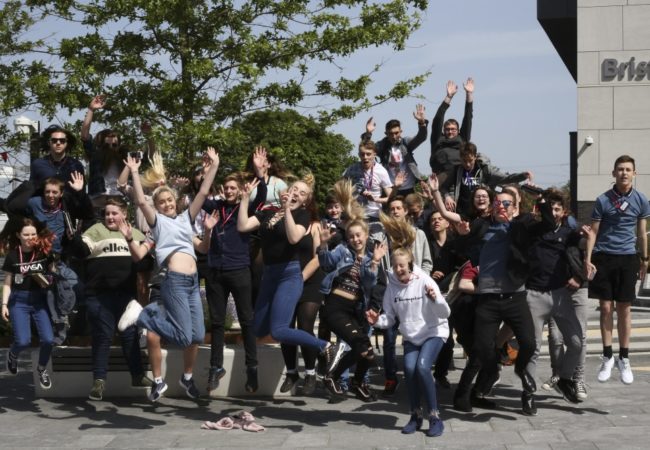 What happens when you bring together 35 ambitious and creative secondary school students for an intensive week of entrepreneurial learning? Add in a creative learning space, experienced enterprise educators to facilitate, school teachers to provide valuable insights, an online platform to enable idea development and partnerships with external organisations to enrich the experience and you have a winning combination for developing the enterprise skills and raising the aspirations of young people.

Two weeks ago I had the privilege of delivering Elevate, the inaugural entrepreneurship summer school from the Aldridge Institute for Enterprise and Entrepreneurship at UWE Bristol. The programme was held in the Team Entrepreneurship Hub on our Frenchay Campus, an open space that lends itself well to collaborative working and creative thinking. Years 9 to 12 students from schools across Darwen, Salford, Brighton and North London formed teams, identified problems that they were passionate about and developed ideas to help solve these problems with a business or social venture.

Idea development was facilitated with creative workshops and the ideas management platform Simply Do Ideas. Students also visited the NatWest Business Accelerator in Bristol (formerly Entrepreneurial Spark) for a session on elevator pitches and financial and professional services firm Smith and Williamson for workshops on finance and operations. On the final day they pitched their ideas to a panel of judges and a first, second and third prize was awarded.

It’s no exaggeration that as I watched their pitches I was on the verge of welling up. I was so proud of what they had achieved in such a short space of time and of how confidently they pitched their ideas. I have never previously worked with this age group and I’m confident that I learned as much from the experience as they did. One key thing that I have taken away is that young people (aged 13 to 17 in this case) are a lot more independent than we give them credit for. I was amazed by how the vast majority of the students simply got on with the task at hand and didn’t need as much guidance and support as anticipated. I also expected to have to coax them to engage in some of the activities that may take them out of their comfort zone, such as pitching practice and drama workshops, but the majority embraced these activities wholeheartedly.

There were, of course, some less confident members of the group that needed a little more encouragement to take part fully. One of the most rewarding aspects was witnessing the development in these individuals as they grew in confidence and started to put themselves forward. One student said that he hadn’t previously considered going to university and he is now thinking of applying. It was also heart-warming to see the friendships that were forged between students from different schools.

I also learned a lot from the school teachers that were officially there to accompany their students and provide pastoral supervision but ultimately took on much more active roles in coaching their teams. It was fun to see their competitive sides emerging in their desire to defeat the other school teams! They also helped me to further understand some of the challenges that schools face on a daily basis and I left with a much greater appreciation of the fantastic work that they do. During informal discussions with the teachers, one commented that seeing the development in his students had reminded him of why he became a teacher in the first place. I think this is a valuable message for all educators. We can become so jaded with internal politics, bureaucracy and uncertainty across the sector that it’s all too easy to forget why we do what we do. For me, Elevate was a poignant reminder of the impact of high quality enterprise education and the difference that we as educators can make to peoples’ lives.