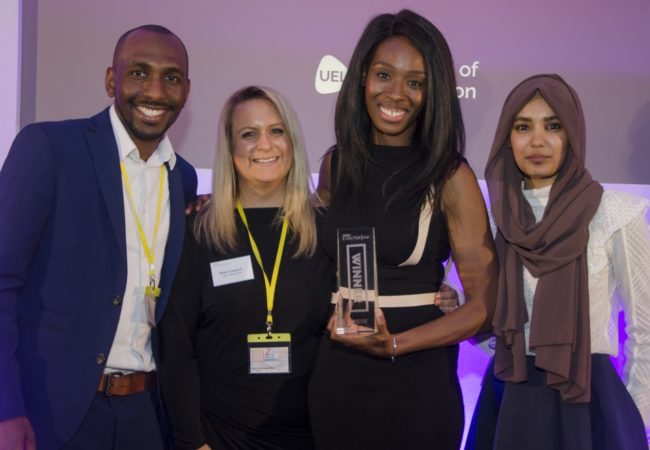 E-Factor is the University of East London’s Flagship business ideas competition. Now in its 13th year- the competition has continued to grow in popularity mirroring the changing working environment and shift to self-employment. Having received over 250 applications this year, we selected the 20 with the most potential, these were then further developed and assessed on a 4 day boot camp. The shortlist submitted pitch decks in order to progress to the live Semi Final. From this the final 5 were selected having faired best in the live pitch. You can find out who took home the top prize here.

University of Manchester: Tenth Anniversary for the Enterprise School

Run by Manchester Enterprise Centre, the residential Enterprise School for Postgraduate and Postdoctoral Researchers runs this year from 2-5th July and allows students to investigate a business opportunity based on a problem that they identify in the Lake District, with an emphasis on the practical including speaking to local people and businesses. Data from previous years’ students has found that some start their own business on return, but more pleasingly most were using their new skills when they returned to their research or work environment, as discussed in the Asia Journal of Entrepreneurship and Sustainability here. For more details contact Dr Robert A. Phillips.

The Centre for Enterprise and Innovation was launched successfully at the first global conference on Creating Value at De Montfort University on 23 May 2018. The purpose of CEI is to: ‘Advance transformative social value through sharing knowledge, entrepreneurship and innovation’. CEI aims to work in inclusive, open, and intercultural ways to facilitate productive knowledge exchanges which can be applied to effective innovation and entrepreneurship at international levels.  CEI already has a group of 35 researchers within DMU as members and is developing a new Open Knowledge Network which will enable individuals as co-researchers and partner organisations who share the Centre’s goals and values to affiliate. Find out more here.

Some of North America’s most exciting entrepreneurs joined their Imperial peers to discuss women-led innovation at the recent Imperial Enterprise Lab roundtable event. Several successful WE Innovate alumni joined female business leaders and entrepreneurs from the United States and Canada to discuss how to accelerate moves to a world where women are no longer a minority in tech leadership. The event took place at the start of London Tech Week, a weeklong festival of technology and innovation, as the Mayor of London Sadiq Khan said that inclusion and diversity should empower the next generation of tech talent. Read the full story here.