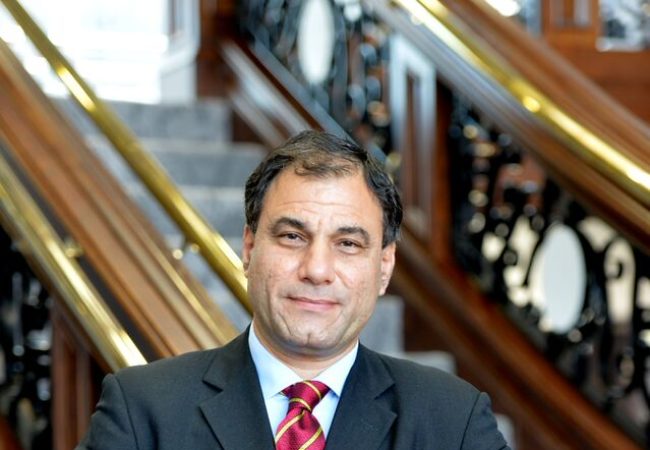 Lord Karan Bilimoria CBE DL has been announced as the new Patron of Enterprise Educators UK and will speak at the next International Entrepreneurship Educators Conference, IEEC2018, in September.

“When I was a student reading law at the University of Cambridge in the 1980s I had several business ideas, including Cobra Beer, but there was very little enterprise support available there or at any other UK university. I know things have changed markedly since then but there is still more work to be done to ensure that enterprise education is recognised as an important strategic priority for every UK university. It is a great honour to become Patron of Enterprise Educators UK where my ambition is to assist the Board in sharing insights with policy makers and creating an environment where every student and recent graduate at UK universities and colleges has access to high quality enterprise education.”

At IEEC2018, Lord Bilimoria will discuss live policy issues of relevance to enterprise educators and will present his vision for how EEUK and its members can help to influence future policy. There will be opportunities for delegates to talk directly to Lord Bilimoria and share their ideas for maximising entrepreneurial impact across the UK and beyond.

“EEUK are thrilled to have this recognition and support from our new Patron, Lord Bilimoria. His acknowledgement of the importance of this role marks a milestone in the growth and success of the EEUK network, as well as reflecting the huge progress being made by our members to embed enterprise education across institutions in the UK and beyond. We hope that by working with Lord Bilimoria, we will make even bigger strides in raising the awareness (and appreciation) of our commitment to delivering effective enterprise education”.

Lord Bilimoria came to the UK from India as a 19-year-old student in the 1980s. He started a number of entrepreneurial ventures but the one for which he is famous is Cobra Beer – a global beer brand that he started from scratch from an idea that he came up with as a student.

Like many of the students that EEUK members support, the young Karan spotted a gap in the market – a drink to accompany food, especially Indian food, with the refreshing qualities of a lager but the smoothness and drinkability of an ale. In 1989, along with his friend Arjun Reddy, Lord Bilimoria founded Cobra Beer in a little flat in Fulham.

Lord Bilimoria was recognised for his services to business and entrepreneurship through the award of a Commander of the Order of the British Empire (CBE) in the 2004 Birthday Honours. In 2006 he was appointed an Independent Crossbench Life Peer in the House of Lords and created Baron Bilimoria of Chelsea.

Lord Bilimoria is an active Peer, speaking regularly in debates in the House of Lords and is currently co-chair of the All Party Parliamentary Group on International Students. He is also the President of the UK Council for International Student Affairs (UKCISA), founding Chairman of the UK India Business Council, a Deputy Lieutenant of Greater London, Chancellor of the University of Birmingham, Chairman of the Advisory Board of the Judge Business School, Cambridge and a former Chancellor of Thames Valley University (now the University of West London).